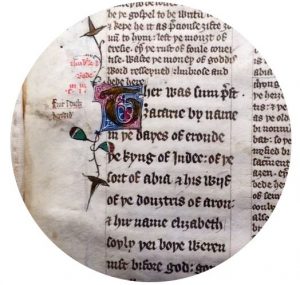 « The Oxford Medieval Commentary Network aims to establish a multi-disciplinary network for research and discussion of medieval texts concerned with the interpretation of the Bible. Across Western medieval literatures, the biblical text forms a central object of interpretation and comment. Such interpretations can take the form of traditional commentaries – texts derived from the Church Fathers and other authorities – which are typically written in Latin and are often restricted to a small scholarly readership. Beyond such traditional commentaries, forms of comment on and interpretation of the biblical text also suffuse medieval culture in other shapes, including poetry, song, literary and devotional texts, engagement with biblical interpretation through visual art, and performance in in music and drama. Engagement with the biblical text in these forms includes both Latinate and vernacular authors and audiences from a variety of backgrounds. »