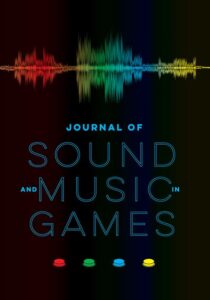 « Hades focuses on Zagreus, the son of Hades and prince of the underworld, as he attempts to escape his father’s realm and find his mother. As a rogue-like, Hades requires players to lead Zagreus to numerous, repeated deaths in trying to make their first successful escape. The game then rewards the player with narrative progression with each successful run as each death returns Zagreus to his father’s House of the Dead. This merging of disparate elements — the repetition of the dungeon crawl through the underworld and the slowly unfolding narrative surrounding Zagreus, the underworld’s denizens, and the Olympians — makes for an emotionally moving and fulfilling gameplay experience for players. The sound and music of the game similarly merge disparate stylistic elements, one of the reasons the game’s soundtrack has been intriguing to scholars in music.

In this context, this issue will showcase how the music and game sounds of Hades shape and contribute to the gameplay and player experience; act as a conduit to the narrative development of the game; and establish the game environment from a sonic perspective. »