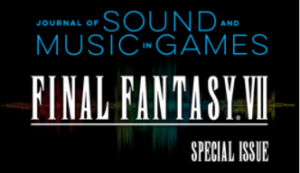 « In the decades since its release, Final Fantasy VII (Square 1997) has retained its status as one of the most culturally significant and successful video games of the 20th-century, whether in terms of units sold, fan response, or the vast transmedia franchise and extended universe to which it has given rise. While the game’s cast of memorable characters and sprawling, emotionally engaging narrative undoubtedly contributed to its initial success, Final Fantasy VII boasts a legacy that is also inherently musical. The game and its music have consistently appeared on “top 100” lists since its release; symphonic recordings of the game’s musical cues have become some of the most frequently requested “classical” works on radio waves (Gibbons 2017, 412); performers and composers alike have cited the music as some of their biggest inspirations. As recently as 2021, symphonic performances dedicated solely to the music of VII have captivated audiences at such celebrated venues as Carnegie Hall and the Royal Albert Hall (Khan 2021), reaffirming the Final Fantasy series’ “dominant position in game music culture” (Summers 2016, 158). Its success within the overall franchise itself is also unparalleled, as no other Final Fantasy game has been subject to such a vast universe-expansion through prequel and sequel games, movies, and novels.  Considering the significant impact that this game has had on musicians and video game fans alike, this special collection – which will celebrate and scrutinize the legacy of the music from the expanded Final Fantasy VII universe – will serve as a welcome and timely contribution to the game’s legacy. »