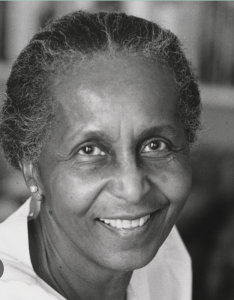 « In 1976, Eileen Southern (1920–2002) became the first African American woman tenured in Harvard’s Faculty of Arts and Sciences (FAS). Five years before her FAS appointment, Southern published The Music of Black Americans: A History (W. W. Norton, 1971), a now legendary text that marked a historic intervention into the European-dominated field of musicology. The book is a densely researched survey of African American music. It reveals an open-minded attitude that was exceptional for its day, placing Black concert traditions alongside popular music, ragtime, jazz, and, in its third edition, hip hop. As a result, it confronts the high-low cultural divide so common for its era. The book remains a standard source on an expansive subject. »