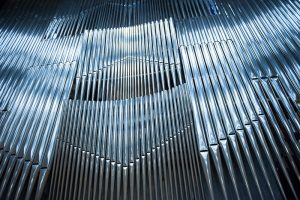 « The festival’s goal is to explore the connection between music and science during the 1620s as well as to consider the relationship between these fields today and in the future. Despite the Thirty Years War, music written in the new baroque style flourished across Europe. In the history of organ/keyboard music, the 1620s are perhaps the most important decade of all-time, with landmark publications from countries across Europe. The decade is also an important era in the history of science with publications by, among others, Johannes Kepler, Francis Bacon, Galileo Galilei, and Robert Fludd.

Much of the new music from this period was instrumental and can be related to the new scientific instruments used, such as the microscope. Developments in music influenced science and science in turn influenced music. With instrumental music as a starting point, Piteå’s founding is placed in a larger European-cultural context. Norrbotten’s unique resources, which include the artistic research environment of the Conservatory of Music in Piteå, Studio Acusticum and the University Organ, as well as the baroque organ in Norrfjärden church are important parts of the festival. »