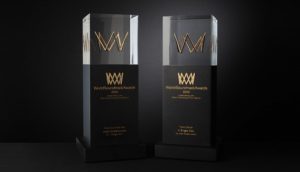 « Each year, the World Soundtrack Academy (an initiative of Film Fest Gent) organises a composition contest for young international composers. Young talents have the chance to show their skills as a composer for screen by writing a symphonic score for a selected film or TV excerpt. The winner will be presented with the Sabam Award for Best Original Composition by a Young Composer, worth € 2.500.

The jury will choose three finalists, whose composition will be performed at the World Soundtrack Awards Concert by the Brussels Philharmonic conducted by Dirk Brossé. The finalists are invited to attend the film music events at Film Fest Gent, including the concerts, the WSA industry days, the WSA dinner and the Meet & Greet. At the festival the finalists will have the chance to meet professionals from the international film music industry. »